The recipients of CSAE Trillium’s 2019 Awards were announced in October. These 4 individuals are all outstanding in their commitment to the CSAE Trillium Network and we invite you to join us in celebrating their awards. 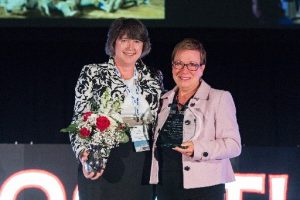 Rozalyn joined the Trillium Council in 2009 and immediately made very positive and impactful contributions to many committees, culminating in her term as Trillium Council Chair a few years ago.  People describe her as completely unselfish, focused on the well-being of the organization and always very professional, pleasant, delightful, respectful and engaging in her dealings with fellow members and colleagues.  During her tenure she forged a productive and meaningful partnership with Seneca College’s non-for-profit leadership program.  She believes strongly in building a formal education pathway for tomorrow’s association not-for-profit leaders and based on how Trillium’s relationship with Seneca College has grown and prospered, this awesome initiative will be a lasting legacy achievement among her many contributions to Trillium’s success story.

What she has found most rewarding as a volunteer with CSAE Trillium is meeting interesting people and being a part of delivering member value services (i.e. PDX Events).  Congratulations Roz. 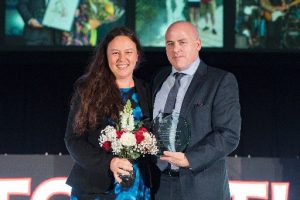 Don had a gut feeling that getting involved in the community would help him to get to know this world better and enhance his network. If he was going to be involved in something, then he was going to be fully involved and not just part way.  What he found most rewarding as a volunteer with CSAE Trillium are the relationships and the people.  Volunteering with CSAE Trillium has been a way to bring people together and to learn from each other.

Don has been on pretty much every CSAE Trillium committee, either as a chair or as a member.

Most years Don is on four committees, not including his work on the CSAE Trillium Council for four years.

He is always the first to volunteer to take something on and fulfills his obligation.  And just this past year he joined the CSAE Board of Directors. 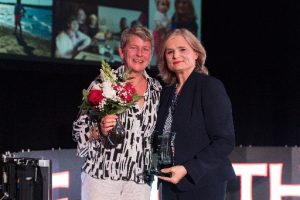 Cheryl is that member volunteer who you cannot help but like and respect. She became a member of CSAE in 2012 and immediately became involved as a Trillium volunteer.  She has been on the PDX Committee for several years, has been involved in the speaker selection committee for Summer and Winter Summits, and served on the CSAE Trillium Network Council for 4 years.  Her years of experience have given her valuable expertise. She is generous with her ideas, modest about her achievements and eager to learn from others.  She is one of those volunteers who says what she means and means what she says.

She decided to volunteer as she wanted to learn more about the non-profit sector; have a better understanding of what customers needed while building awareness of the brand she worked for.

She has valued building relationships with members – both Executives and her peers.  She has found that as chair or Vice Chair of a Trillium committee it is her responsibility to manage the process and find common ground in order to achieve the objectives. 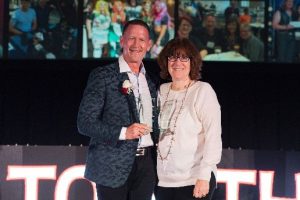 He has been involved over the years with many CSAE and CSAE Trillium councils, committees, working groups, teams, etc. working to build a high-performance organization that is aligned and offering meaningful member value.  CSAE was recently in a period of rapid transition, disruption and innovation, working on evolving and improving its business model.  At times the challenges were difficult and multi-faceted, but he always tried to approach his dealings with colleagues with open-mindedness, respect, positivity, a smile, a sense of humour and a comforting, trusting and disarming style.  Over the years he earned people’s respect, trust and confidence based on the way he treated them.

What he has found most rewarding as a volunteer with CSAE Trillium are the people he met, relationships made, connections to colleagues, wonderful experiences shared and a network of friends.  The spirit of collaboration, support for one another and a genuine caring about each other culture that characterizes CSAE Trillium has been incredible!

Although he has retired from association management, he continues to give to the community teaching at Niagara College.  Congratulations Steve.