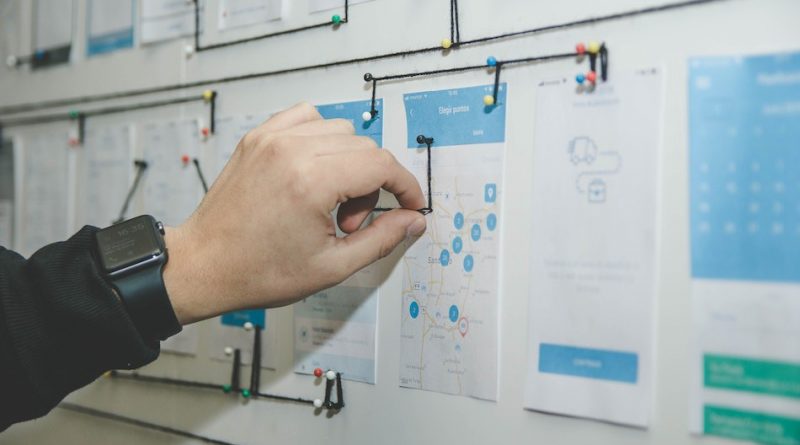 For all the photos of sourdough and the spike in Netflix subscriptions, the fact is that there’s not much that’s relaxing about this time. Especially for people with leadership responsibilities – and especially for those who have family or community obligations on top of that – this may have been a weirdly hectic year. March feels like yesterday, and it also feels like a lifetime ago.

Part of what’s going on here is that our sense of the future has dissipated – or perhaps disintegrated. Many leaders have told me that they are able to think about what’s right in front of them, but not very far beyond. Which makes sense – when you have a mountain of urgent priorities looming over you, your view is blocked, and there’s fog beyond anyway.

Wait, didn’t we have a plan once?

The problem of course is that the pandemic and the economic upheaval that’s resulted has made a lot of our existing plans irrelevant. Organizations spent the spring and summer frantically moving operations virtual, cancelling or rescheduling events, and addressing immediate stakeholder needs related to the pandemic or its effects.

Some of the things we’ve planned for the future are simply scrapped. Others are in the future but the workback schedules already loom large. For instance, if you’re recreating a major event for next spring, but doing it virtually, the demands on you are already urgent.

As for thinking much beyond the urgent, well, who’s had the time? The energy? The bandwidth?

It’s time for some perspective

It is still very difficult to have a good sense of what the future may bring. As I write this, Canada’s second wave is hitting hard in many provinces, leading to shutdowns and a sense of déjà-vu from the initial March response. At the same time, there are promising vaccine developments – but they are still far from guarantees. Organizations are starting to see the impacts of the changes that have been made quickly during the spring and summer, and looking to leaders to define what the “next normal” will be.

So, it’s time to think beyond the next few months. It’s neither healthy nor wise to stay in short-term thinking for too long. Here’s what you’ll risk:

On the flip side, obviously it’s foolish to put together a detailed 5-year plan right now (and some would argue that’s rarely a great idea). Projecting activities and outcomes for Q1 of 2022 may be a fool’s errand at the best of times, and these are not those times.

So, what’s the right timeframe?

If I’m suggesting that it’s important to think beyond, say, New Year’s, how long would it be reasonable to plan for? What timeframes should we be imagining, given the uncertainty in the environment and the fatigue among the leadership?

As a starting point, I’d suggest something like two years. Here’s why:

But… what if our issues really are urgent?

Not everyone can think about looking two years out, because they aren’t sure if their organization can actually last that long. In exercising prudent risk management, you should have performed some cash flow and balance sheet analyses to understand your financial situation, given the changed external circumstances. If you are experiencing a cash crunch, if your reserves will not sustain you for long, if you are not able to identify and act on replacement revenue streams, if your costs are harder to cut in the short term, obviously you have urgent, immediate challenges.

And I would suggest that, even when you are struggling for the very sustainability of your organization, you still want to think longer-term in two ways. One is in terms of fiduciary duty. It’s not enough to identify current financial issues – you also need to project out how long you can continue for, and you need to have trigger points to begin an orderly windup of operations while you still have the resources to pay your remaining bills. The rule of thumb for reserves is to have about 6 months of operating costs, and that’s so that you start winding things down about 6 months before you run out of cash. To be able to do that, you have to see when that point occurs.

The second, more hopeful sense, is in terms of your mission. Even if your financial issues seem insurmountable, if you are thinking about your how mission could be achieved over time, you might come up with alternatives. Could your operations find safe harbour within another organization, for instance, as a chapter or a community of interest within the larger structure? Could you merge with another organization that has similar interests, but has more financial resources? Are there other ways you might be able to keep your flame alive, despite the storm that is proving so difficult to weather?

Plan with uncertainty, not despite it

Obviously, whatever your situation, the unknowns still loom large. There may be some very daunting possibilities to contemplate. So:

Leadership is highly taxing right now. If you’re trying to keep things together but regularly wonder if you have your shoes on the right foot (metaphorically, or perhaps literally), you are not alone. Ultimately, the benefit of looking ahead is so you can make clearer decisions now. And having more confidence in your decisions should help make your life easier as a leader, and help your organization move forward in a direction that everyone involved feels better about.

And then maybe you can finally get some time – and peace of mind – to turn off your email notifications and settle into some serious Netflix viewing.

Note: Parts of this article were first published at http://meredithlow.com/. See here for original article.

Meredith Low, MBA, CAE, C. Dir., is a strategist and governance consultant who has helped scores of associations and other not-for-profit organizations make intelligent, far-sighted, and feasible decisions. Her background includes strategy consulting to both startup and Fortune 500 companies, in-house strategic planning and strategy development at one of Canada’s largest banks, and frontline community service delivery. Meredith can be found at meredithlow.com and on twitter @LowMeredith.