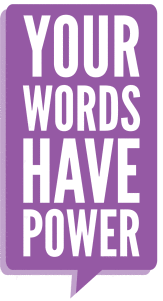 Your association serves as the moral compass of your membership, and as such, you have the responsibility to live your association’s values, including inclusivity. But what does that look like day to day?

Many of the best practices around inclusivity relate to language. When an association or vendor makes it a priority to use inclusive language (both internally and externally), it sends a signal to members, employees, prospective members, clients, customers and stakeholders that all are welcome and belong. And as an association leader, you can position your organization as an inclusivity champion, setting an example for others and providing additional value to your membership.

What is inclusive language?

The British Columbia Public Service resource on inclusive language, “Words Matter”, describes inclusive language as “language that is free from words, phrases or tones that reflect prejudiced, stereotyped or discriminatory views of particular people or groups. It is also language that does not deliberately or inadvertently exclude people from feeling accepted.” An association that lives and breathes inclusivity ensures higher employee engagement, happiness and retention, while also expanding your potential member base.

Below is a primer on inclusive language that you can use as a starting point when examining your current language use, as well as the current practices of your organization.  Additional resources to help you and your colleagues on your journey to greater inclusion are also included.

Just as there are many ways in which a person can experience marginalization and exclusion, there are many categories of inclusive language to keep in mind as you learn more about practicing inclusion. The following tips will help you begin to reframe your thinking about how you communicate at work.

Language inclusive of the LGBTQ2S community

When it comes to including the LGBTQ2S community, remember that a person’s gender and/or sexuality should never be assumed.

Language inclusive of people of colour

Creating a space that is safe for people of colour requires white people to do significant self-reflection on the ways they uphold whiteness, however inadvertently.

Language inclusive of people who are Métis, Inuit, or from a First Nation

It’s important to remember that Indigenous communities and First Nations do not belong to Canada, and their autonomy should be reflected in the language we use.

Language inclusive of people with disabilities

Everyday language is rife with ableism. It takes a lot of effort to catch ourselves in the act, as words like ‘crazy’ and ‘insane’ tumble from our mouths without a second thought. But these words, and many others, are harmful to people living with mental illness. There are also several terms and phrases we commonly use that are hurtful to those living with physical disabilities.

Again, the above suggestions are just the tip of the iceberg when it comes to reframing the way you and your association communicate. To become true champions of inclusion, we encourage you to familiarize yourself with the resources listed here and to remember that both language and our ideas around what constitutes inclusive language and what doesn’t are always changing. Keep an open mind and never stop learning.

There are numerous resources and guidelines about inclusive language available on the web. Here are some of our favourites: