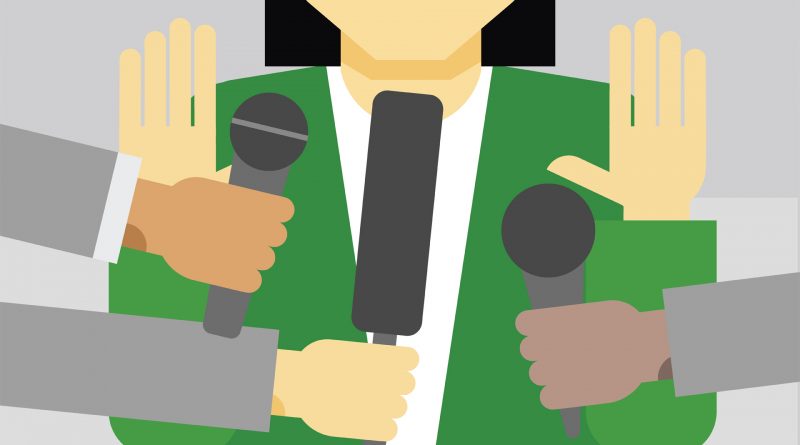 It was March 28, 2020. It felt like the world was on fire. The pandemic was still in its early days, but things had really ratcheted up. You remember it…toilet paper hoarders, panic on the news, conflicting stories, the rampant rumour mill and, of course, Donald Trump. What I remember most about that period is that everyone was, to some degree, freaking out.

I was sitting at my dining room table, trying to reconcile what was happening in the world with what was happening to my small media training business. Over the course of a few days, more than 25 client engagements (about a third of a year’s revenues) had vaporized. But strangely, at a time when it would be very understandable for me to do so, I wasn’t having a panic attack. I was surprisingly quite chill about the whole thing. “Why was that?” I wondered. After thinking about it, the only answer that made sense to me was the work I had done over the past 25 years or so in the area of crisis management. My working theory was that over two-and-a-half decades of work with clients, I had built up the muscles required to handle crisis situations. And now, instinctively, those muscles were kicking in.

I felt fortunate. My next thought was that I wanted to share those crisis management muscles with others to hopefully help them better manage what they were dealing with in their jobs, businesses or families. I grabbed my computer, opened up Twitter and tweeted the following:

“Crisis tip 1/365: In a crisis, fight or flight emotions can impact rational decision making. When this happens, empathy can be the first thing to go. Force yourself to think of your audiences and how this impacts them. Act and communicate accordingly. Always lead with empathy.”

I had made a public commitment to come up with one new crisis tip each day for a year. I would share them on Twitter and LinkedIn. At the time, the number seemed daunting.  To be honest, it still seems bananas. But in the end, I did it! And somewhat surprisingly, I didn’t miss a day (even though a few of them may have been tweeted around 11:50 pm).

With this little experiment now complete, I can say that it was a surprisingly positive experience. It led to new friendships with people around the world, it generated hundreds of thousands of views online, it boosted my Twitter following by about 20% and it taught me a few other valuable lessons along the way…

Lesson #1 – The well runs deeper than you think

The first time I had the feeling I might have bitten off more than I could chew was around Day 12. “I have to come up with 343 more of these things!?” I was less than two weeks in and I felt like I was scraping the bottom of the idea barrel already. I thought about throwing in the towel. But then I reminded myself that I had made a public commitment to complete this. I forced myself to dig deeper. I read books. I listened to podcasts. I took inspiration from the daily headlines. And suddenly, the floodgates opened up. I went from feeling as if I were running out of ideas to believing that, if I needed to, I could come up with a new crisis management tip every day for the rest of my life. I also believe that each of us has a topic we could do this with. Your expertise runs deeper than you realize. Sometimes all you need is a little nudge.

I always thought writing a book had to be a gargantuan undertaking, requiring years of banging away at your keyboard and bleeding from your eyeballs. But a few months into this project, people started asking me if these tips would be available as a book at some point. The thought had never occurred to me. After all, every one of these tips would be available for free online. But so many people have said they’d like to purchase these tips in book form that I’m currently compiling each tip into a Word document and adding a few paragraphs of added context around each. The result will be 365 Crisis Tips: The Book. Has it been difficult? No, not really. It took about two minutes per day. And I didn’t bleed out of my eyeballs once. So, if you’ve ever thought about writing a book, this can be a relatively pain-free way to do it – one tweet at a time.

Crisis management is a serious subject. But I didn’t want to turn into Debbie Downer, leaving foreboding crisis tweets in peoples’ timelines every day. So, I made a point of trying to convey at least some of those serious lessons in a lighthearted way. On May 4 (known as Star Wars Day), I tweeted:

“Crisis tip 38: Embrace the Dark Site – a pre-built site that can be activated when your company needs it (e.g. during a crisis to help inform the public). Having a dark site ready to go can save precious delegating/coding/approvals time when responding to a crisis.”

I included a GIF of Darth Vader for good measure.

As a side note, more than a few people have asked me which tip was my favourite. It’s this one:

Crisis tip 243: Everything you really needed to know about crisis management you learned in kindergarten:

I really like the idea of connecting the principles of crisis management and lessons from kindergarten. This tweet really resonated with a lot of people.

Lesson #4 – Packaging your expertise can be great marketing

Just because you’re an expert in a given area doesn’t mean your colleagues, managers or potential clients will recognize that fact. Even though you’ve spent years developing your skills in your chosen field of work, most people aren’t going to be able to notice your expertise unless you package it for them. That might be in the form of a YouTube series, a white paper, a book, an online course or, in this case, a series of 365 tweets. I have the exact same knowledge base and set of skills I had before I started these 365 tips. But packaging that knowledge in the form of 365 tips has made many of those people see me and my skill set differently and, as a result, it has led to new business opportunities. The takeaway is that knowledge sitting in your brain is invisible to others and won’t help you grow your business unless you demonstrate it. Get it out there and share it with the world in whatever way makes the most sense for you.

Here’s looking forward to all of us being able to put this pandemic behind us and getting to a point when we don’t have to think about crisis management on a daily basis anymore.

Thanks very much to the CSAE Trillium organization for asking me to share a few lessons learned about this little project. And thanks to my friends from the Trillium community who engaged with these online tips over the past year or so. Your feedback, comments and encouragement were noticed and were greatly appreciated.

Warren Weeks sold his first newspaper to his grandmother at the age of 5, was Wayne Gretzky’s PR handler for a day in 1998 and started the viral social media campaign to get former NHL coach Pat Burns into the Hockey Hall of Fame. He can be found: Twitter: @warren_weeks  Instagram: @warrenweeks