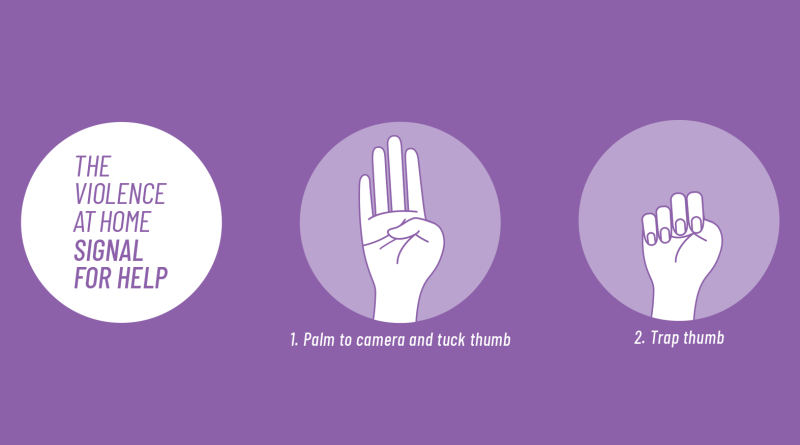 Your colleague tells you that her partner is becoming controlling and jealous. What do you say?

You watch a family member getting yelled at and humiliated by their spouse. Do you intervene?

Most of us can remember a time when we thought we might’ve known someone who was being harmed and didn’t know how to help. So we stayed silent. Perhaps we worried that it wasn’t our business or that we might make it worse.

In fact, a recent national poll found that only one in six people in Canada are very confident they would know what to say or do to support someone experiencing sexual or emotional abuse. Only one in five are very confident about what to say or do when it comes to physical abuse. This contrasts with the fact that two-thirds (64%) of people in Canada know a woman who has experienced physical, sexual, or emotional abuse.

In April 2020, the Canadian Women’s Foundation launched the Signal for Help, a tool that enables people to wordlessly communicate “check in with me safely” without leaving a digital trace. It can be useful in situations of gender-based violence such as intimate partner abuse and emotional abuse. Since then, the Signal has gone viral. About 40 percent of people in Canada have seen information about it and nine percent have directly seen it used or used it themselves. Stories of its use in dangerous situations have gone around the world.

But a Signal is only as good as its response. Would you know how to respond? Would you feel confident responding to signs and signals of abuse among people you know, however they come to you?

Many of us are caring, responsive individuals. We’re horrified by the prevalence of abuse and want to do something to stop it. But a broader culture of stigma, silence, and shame hangs over us. It adds to the under-reporting of this abuse. It makes it seem acceptable, a “normal” part of relationships. This hurts survivors of violence most of all. And it robs those around them of the power to take a supportive stance.

Culture is a challenge to change. But we’ve done it before. The time to change our culture of stigma to a culture of support is now.  In Canada, 92 per cent of people believe that gender-based violence needs to be openly and publicly addressed to end it.

Change can begin by building our confidence and our competence in providing non-judgmental support to our friends, family, and coworkers. You can get on track to become a better “Signal Responder.” Visit signalresponder.ca to access a Signal for Help Responder’s Action Guide and more tools and training.

This is a learning journey over 10,000 people have already signed up for, and we need you to come along with us, too. We can raise awareness about the importance of a better response to abuse in our communities, companies, and professional associations. This is a journey to help end this absolutely preventable violence and ensure it is unacceptable — not just in words, but also in deeds. It might even help to save lives.

The Canadian Women’s Foundation acknowledges the support of Women and Gender Equality Canada.