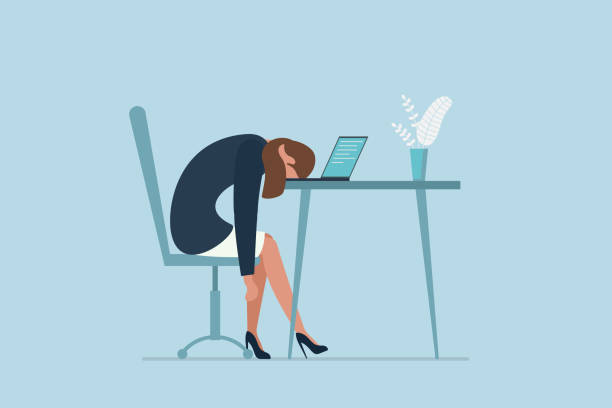 I was at a fancy television industry dinner and the time had come to announce the winner of the prestigious news award being given out that night. Peter Mansbridge of the CBC sat on the dais with a look of expectation. National news teams, including his own, had submitted their best work and were on the edge of their seats.

The envelope was opened, and an audible gasp echoed through the room as I heard my organization announced as the winner.

As I walked up to the front of the room to receive the award, I saw the astonished looks on the faces of all the major network executives and journalists. They were amazed that our small specialty network had beaten their large and well-funded news departments.

However, only I knew how far my team had actually come. A year earlier, employee productivity had been at an all-time low and the thought of winning a major award like this seemed like a fantasy.

The turnaround began during a conversation with my employees as I shared my challenges with invisible disabilities. I had lived my entire adult life with Crohn’s disease and arthritis, and now that I was managing a 24/7 team across several time zones, I thought it best to be open with my staff in case I had an unexpected absence.

Little did I know that this display of vulnerability and openness would change everything. I soon found out the root of our department’s problems as one by one, almost half of my staff disclosed their own invisible disabilities.

By getting these issues out in the open and effectively managing them, we were able to double productivity within the year as well as prove to our industry that we were capable of world-class work. By understanding the nature of invisible disability and encouraging trust and open communication, other organizations can do the same.

What is an invisible disability?

Invisible disabilities are non-visible conditions that significantly impair normal activities of living and working. They include more than 70 different mental and physical issues that range from neurodiversity (ADHD, the autism spectrum, learning differences) to chronic illnesses (arthritis, MS, diabetes, depression).

Various studies suggest that between 25-30% of the workforce has at least one invisible disability. However, with the emergence of Long-COVID, some experts estimate that number could rise as high as 45%.

Chronic illnesses in particular tend to share three characteristics that make them challenging for organizations to deal with — invisibility, unpredictability, and the fact they often have no cure. Since these characteristics go against how our society typically views disability and illness, many people with these conditions choose to remain silent thinking their challenges won’t be understood.

What impact is invisible disability having on your association?

Invisible disabilities affect virtually all organizations including associations. Not only do these conditions affect employee retention and productivity, but an employer’s response to invisible disability in the workplace can also impact its reputation as a great place to work.

Considering most associations tend to be lean organizations, understaffing can quickly become an issue if invisible disabilities are not recognized and effectively managed.

The first step in addressing invisible disability is getting it out in the open. The disclosure must come from the employee, so having a culture of trust, and developing good relationships between staff and their managers is key. By educating employees about the reality of invisible disabilities, organizations can demonstrate that it’s okay to speak about these issues.

Having an innovative approach to accommodation is also important. In my experience, effective accommodations can often be relatively simple and come with little to no cost to the employer.

Of course, some employees may originally reject accommodation because they worry about standing out. I addressed a challenge like this when one of my news writers could no longer use her computer keyboard due to arthritis. I proposed giving her voice-to-text software, but she balked at the idea. She didn’t want to be seen as receiving an accommodation.

Having several of the software licenses in-house, we decided to install them on all the computers and I advised all our production staff to experiment with this new way of writing. Not only did it allow the impacted person to fit in, but other employees started using the software exclusively and found it improved both the quality and speed of their writing.

In short, educating your organization about invisible disabilities, and promoting an innovative mindset regarding accommodations, can result in significant improvements to the quantity and quality of work as well as improving employee retention, and even recruitment. After all, everyone wants to work for an employer who encourages and supports their staff to excellence!

Jason Reid is a professional keynote speaker and author of Thriving in the Age of Chronic Illness – a guide for people with chronic health conditions and the organizations that employ them.  A former screenwriter and journalist, Jason eventually became head of news and information at The Weather Network. In addition to invisible disability issues, Jason also speaks to organizations about strategic storytelling and leadership communication.