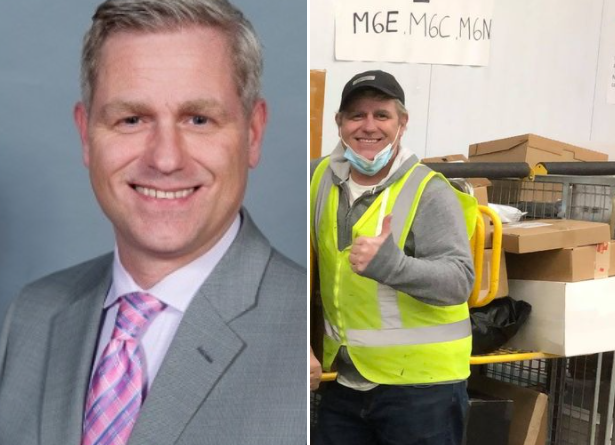 Life is an adventure, even during a global pandemic, but only if you choose to live your life that way.

I, like so many of us, had my professional and personal life turned upside down in March 2020. Overnight it seemed like our daily routines came to a screeching halt. Working in the hospitality sector I, along with so many of my colleagues, was introduced to the concept of being furloughed. Many of us thought it would be a month or two at most but now 15 months later, many of my friends are finally being called back to their positions, albeit in a very different landscape.

From the very onset of the pandemic, I knew I had a choice: either crumble or simply live by the mantra that it would not break me. I chose the latter. It was not long after that the word “PIVOT” started to appear on social media, LinkedIn, the evening news and everywhere in between that we were all faced with the very real prospect of having to re-invent ourselves and in some ways our professional identity. It did not matter if you were a hotel Sales Executive, a Room Attendant, or an Executive Director for a not-for-profit association. One thing that remained was the CSAE National membership that rallied together to help folks like myself find something to do with my time that was suddenly abundant.

In the months that followed the initial lockdown in 2020, I found myself embracing many opportunities that presented themselves through my vast CSAE network, whom I kept in touch with after being furloughed. I started by being a COVID-19 Safety Ambassador with BBW International (who pivoted their own event staffing business) in the downtown Toronto Financial District. I followed that with a position as an Assistant Invigilator with aspiring Doctors in the city writing their specialization exams; the very people that were working the front lines to contain this dreadful virus that turned all our lives upside down. I then accepted a holiday seasonal role with Canada Post as a mail sorter at one of the facilities in Toronto. I traded in my suits and ties for a bright yellow security vest and construction boots with a Canada Post facemask for good measure. I worked from 2am to 10am, Sunday to Friday for two months. It was not until I squeezed a package at 3am and heard Elmo giggle back at me that I could truly embrace the irony of where I was and all the change that had taken place since the pandemic began. A few of my Canada Post colleagues were convinced that I was implanted by the show “Undercover Boss Canada” and I had no choice but to have fun with it of course.

I was then offered a temporary 4-month contract position for a not-for-profit called Realize Canada, which works to make the lives of those living with Episodic Disabilities in the workplace a little bit easier. Naturally, I embraced the role and gained an invaluable new insight into how some people have faced challenges and barriers long before the pandemic showed up. As my contract was coming to an end, it was time to pivot once again. I knew it was time to get back into the industry that I am most passionate about – hospitality sales. I was offered a position as Destination Meetings Manager with Destination Greater Victoria in beautiful British Columbia, and I jumped at the chance. It was time to trade in my construction boots and safety vest and take my suits back out of the closet.

They say that the most impactful and meaningful change in our lives comes when you are forced out of your comfort zone and faced with no other option but to reinvent yourself. It has been one crazy adventure over the last 15 months, but an adventure that I would not change for the world. It taught me to be compassionate, have more patience with others, and the extreme power of humility. It also taught me that life can change in an instant, but how you accept that change is key and entirely up to you.

Sometimes you just know when it’s time to start something new and trust the magic of new beginnings. Live your life as an adventure and I guarantee you will be happy that you did!

David Stempowski is a Destination Meetings Manager at Destination Greater Victoria, serving the Association and Corporate markets in Eastern Canada. He can be reached at [email protected], or follow him on LinkedIn at linkedin.com/in/david-stempowski.