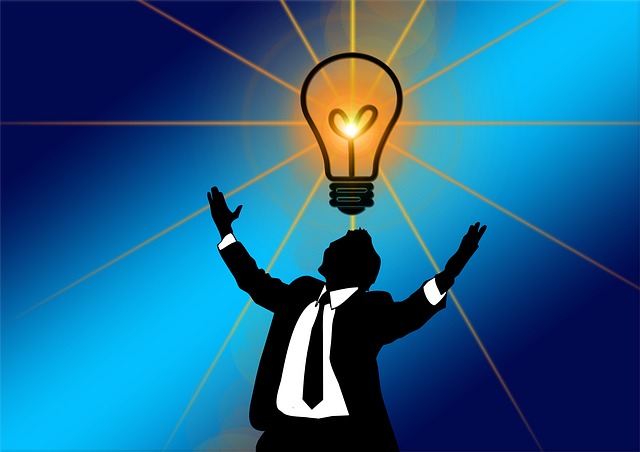 Take a moment, reflect back over your life years and zone into that second or minute when a great idea presented itself in your head and slammed right into the backs of your eyes.  There is the idea, generated all by yourself, never been nor existed.  In your head, you’re saying “Look at me and how smart am I.”  Instantly you want to stand and share this euphony, but you don’t.  Idea generation typically follows the pattern of excitement for a short spell, then the idea is savored and assessed for about another minute, but then doubt creeps in, and we begin rolling out the questionable carpet.  Is this a good idea?  Doubt is such a powerful feeling; I can only imagine how many great ideas remain underneath it, never seeing the light of day.  Quoted by the great Mr. Thomas Edison. “The value of a good idea lies in the using of it.” I bring attention to this quote and my request to have you take that reflective moment as these thoughts resonated when I started to learn more about how what was once just an idea was now a living reality, Meeting of the Minds.

We all have heard of the benefits of collaboration and the results that can stem when it occurs.  Like minded individuals/organizations coming together to create more impact, be a larger voice, and learn from one another.  Recently I had the chance to connect with the founder and Executive Director, Jennifer Holly to gather her perspective of taking an idea that she generated into what the organization has risen to currently.  Holly speaks about her numerous years in destination marketing where she continued to see areas that could be developed by pulling together industry professionals like herself.  She sought out the feedback from a long time colleague and friend, Scott Ventresca with Business Events Toronto to explore and analyze with her if there were a real potential, and benefit to developing a platform for destinations to come together as one voice.  With his support, Holly took to the phones and started reaching out to the individual destinations. Many were naturally curious why a competing representative was reaching out to them, but she pushed forward and hosted discussions about the concept of the organization and determining interest levels.

Forward momentum continued, and Meeting of the Minds held their first meeting in August 2014. Twelve destination representatives attended and offered enough positive support that they scheduled another meeting for January 2015. Based on the collective feedback from the group Holly knew then that the direction she was on was right. With confidence that she had destinations supporting her movement, Holly began developing the backbone and core direction of what the organization needed to be.  With this in hand, she pulled the destinations together for a 3rd meeting and received the validation she needed from the representatives and with one final push from Shawnna Dickie-Garnhum, with Discover Saint John as the catalyst voicing “they needed to move now from talking to establishing a formal group!” By November 2015 the organization was formally established.  Not wanting to lose the momentum, sourcing an executive team became a top priority.  Holly maintained the Executive Director role to manage new memberships, communication and social media and relinquished the chair role over to Scott Ventresca (Business Events Toronto) to ensure that the organization continued to evolve and ideas remained fresh. Krista Cameron (Destination St. John’s) to manage education, Candace Schierling (Tourism Saskatoon) for policies and best practices, and James Kozukan (Tourisme Montreal) was recently brought into the organization executive team to offset additional tasks as the board moves forward in their roles.  Holly says that this group was designed due to their collective industry experience and established respect amongst other industry professionals.  To cover the remaining organizational needs, the executive searched amongst the existing membership for hidden talents and discovered Jason Elie (Banff/Lake Louise Tourism) who had skills in website design and development and Karen Kitchen (Hotels Red Deer) came forward to offer her skills for industry blogs and editorial.  One piece that the entire executive speaks of is that the success of this Organization will be due to the ability of leveraging the key strengths of individuals within the Organization.

The Organization’s objective offered the members a clear direction to work from “a group designed specifically for Destination Marketing Organizations (DMO’s) to engage in high-level discussions on the Canadian meetings industry. To educate one another through personal experiences, discuss trends, provide feedback and suggestions to outside supplier organizations, and lobby for the industry in its entirety.’ Holly states that Meeting of the Minds fills a missing link that can now rectify and address misunderstood concepts of the destinations role within the path to purchase for event implementers. Our organization can provide the tools and showcase on what the destinations role to planners should be like.  Too many times did she hear clients questioning why they can not do one stop shopping for their event across Canada. Taking those comments along with her attendance a past speaking engagement of Sandra Wood, CMP (Non-profit Organization Management Professional) who touched “on how the tourism/destination industry in reference to event hosting can be very wasteful”.  Planners want to support by attending the events, but find it a challenge to reach an equal balance of support.  This reference confirmed again for Holly that if destinations worked collaboratively together, it would not only remove the juggling done by planners on who’s event to support, but also the pressure and bring forward the ability for them to enjoy and engage in the event.

As with any new organizations development apprehension and misrepresentations typically establish amongst the professional community within the industry.  The executive is taking an active role to communicate that their mission and focus is to provide Canadian Destination Marketing Organizations the opportunity to collaborate with one another on industry trends, share strategies for growth, and influence change within the meeting and convention industry. However, they have been subjected to groups and individuals concerned about the organization impacting relationships that they hold, or that this type of collaboration holds the potential to eliminate industry roles.  She outlines that these thoughts are inaccurate, destination representatives focus on the big picture. These individuals work on addressing the exact needs of the client that includes but is not limited to RFP presentation, hosting guests, personally showcasing venues and off-site options, and education on destination incentives. The destinations are always operating in the planner’s best interest first and foremost.

In an industry that is built on relationships and consistent connections, for too many years’ the destinations have moved with a quiet voice, but collectively we have seen that this course of action has served an ineffective result.  Meeting of the Minds gives the destinations a voice in all avenues. Assumptions reside that all Canadian based organizations will remain and continue to secure space for their events within Canada, but that statement has never been substantiated with any real obligation.  A critical lesson is that organizations and people can not be taken for granted.  If we do not present ourselves as one that actively solicits for their business whether they have been doing business in Canada for two years or eighteen years’ they still need to remain a business priority.  Many impressions of the meeting and convention industry have come alive in this economic environment that business focus should be placed outside of Canada, encouraging representatives in the industry to move their focus to the United States and Europe vs. in their backyard.

Meeting of the Minds is a resource that allows all destinations the equal ability to collaborate and extend that one stop exploration for Canadian planners looking for their ideal event location.  We are here to educate, collaborate and grow.  This industry is known to draw in individuals that are innovators, one with a strong desire to learn about all things to create impactful results.  Meeting of the Minds will continue to develop itself as a leader and a resource for the industry, with the now 26 destinations represented there is no denying that the organization’s founder had more than a solid idea.  The real work now begins, they have the memberships, the strong leadership team and are now taking their message out to recognizable events and conferences.  They have already hosted a few education sessions and are looking forward to being part of the speaker series at the upcoming IncentiveWorks being held in Toronto this August.  If knowledge and growth are a priority for you or the organization, you represent; then take the time to visit us online (www.meetingofthemindscanada.ca) or better yet come and include yourself at their next session.